← back to
Ropeadope
Get fresh music recommendations delivered to your inbox every Friday.

by A Love Electric 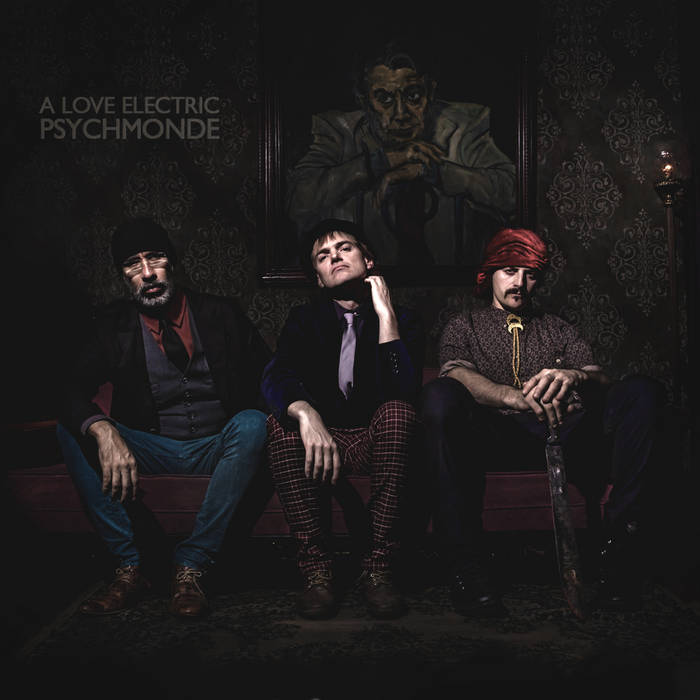 Aleph - Ale Jimenez Their dark "hardcore virtuoso" sound has captured me. Besides, I attended their gig in San Jose-Costa Rica and their live performance really blew my mind...

Sebastian Heard the band in Regensburg, Germany. They are wonderful. I love the music.

For their 2016 release, “Psychmonde” A Love Electric chose to keep the creative work in house, recording in the studio of drummer Hernan Hecht in Mexico City, Hecht producing and mixing, after previous ,NYC-tracked, records The Naked Beat (Danny Blume, producer) and Son of A Hero (Patrick Dillett, mix).

Psychmonde finds A Love Electric realizing what has thus far proved difficult, translating the energy and character of the band’s live show to record. For this, ALE turned to the community of musicians, some heroes to the band, some street performers, some Mexico City scene contemporaries, that has grown around the grown in its ambitious touring. Keyboard hero John Medeski joins on the majority of Psychmonde, playing B3 organ in his signature hook-heavy, dance -nducing rhythmic voice. Cult hero, Brazilian/NYC singer songwriter Arto Lindsay joins on the track “Barrio” for a wild attack percussive guitar part unmistakably his own. A young rap duo Clouser found performing on the streets of Jalapa, Veracruz, known as Metnal and Babi Sick, join on the proud self initiative anthem “Be That Mule”.

Psychmonde, in its collective approach, is a block party in one of the most happening “barrios” one could imagine, and we are all invited.

A Love Electric is :

Mixed by Jason Orris at The Terrarium in Minneapolis, MN and by Hernan Hecht at Studio HH in Mexico City, MX

Todd Clouser is a composing guitarist, songwriter and performer based out of Mexico City. Combining elements of rock, jazz blues, spoken word and improvised musics, Clouser has toured the world with his group A Love Electric, as a solo act and performed alongside luminaries from John Lurie to John Zorn, Flea, Cyro Baptista, John Medeski, Keb Mo, and more. "A fascinating musician" - NPR ... more

Bandcamp Daily  your guide to the world of Bandcamp